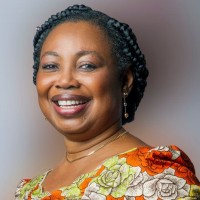 Finding export clients in the time of fax machines

The choice of palm oil as Homefoods’ first product was a practical one. Felicia’s dream was to add value to primary agricultural produce, but after university, she quickly realised she did not have enough money to invest in the machinery required to process perishables.

“I decided to start with something people use every day but that had a longer shelf life,” she says. “In this part of the world, we use red palm oil to cook everything; 20 years ago you would struggle to even find vegetable oil.”

Her sights were set on the export market from the get-go. While palm oil was readily available in Ghana, Felicia realised the diaspora, living abroad, was having a hard time to get their hands on it. “I saw it as a niche market and decided right then I was going to ship red palm oil to Europe and beyond.”

At the time, Felicia did not have an export client but more importantly, she did not have any palm oil. The first step was to visit the Kaneshie market in Accra and sample the product from different merchants. “I bought oil from different women and used it for cooking. Finally, I found one supplier whose oil was great. I explained what I was planning to do and she laughed at me. But I bought a 200-litre drum of palm oil from her and, with difficulty, rolled it to my apartment where I was living with my daughter,” she remembers.

The next step was to find a client for the oil. This was before the internet and email, so Felicia spent a lot of time in the library, reading up about palm oil and developing her plan.

She contacted the trade attachés of both the American and British embassies, asking for leads on possible buyers. “The British attaché provided some leads. I wrote a lot of letters and sent faxes. Fortunately, one company replied,” she says. “We communicated by phone and fax and he ordered 100 cartons.”

And just like that, Homefoods was in business. Felicia bought the bottles she needed and printed labels. She did not have a car, so she hitched a ride to the port with her cartons, believing she could simply book it on a ship and be done with it. “I did not know you had to fill an entire container, or join the wait with smaller suppliers until one container was filled,” she admits.

“It took a bit longer to get to the UK than I anticipated but within a week of arriving, it sold out and the buyer ordered another 300 cartons.” His third order, two months later, was for a full container.

Felicia realised she needed more suppliers, and quickly. Her only supplier took her to a village where various women could supply the oil. Homefoods established a cooperative, but the women still required assistance and machinery to ensure the right quality and quantities were available.

Felicia approached the ministry of agriculture, which was only too happy there was a market to take the final product from the processers. The ministry supported the project through its extension officers and agronomists in the region. “I value the support they gave me because I realised if it was going to take me six to eight weeks to fill a container, I would lose the market,” she explains.

With the help of the department of agriculture, a tank was erected in the village. The oil was added to this tank until a food-grade tanker could fetch it for bottling and labelling.

Homefoods supplied pumps and presses for the co-operative and the extension officers gave the women farmers seeds to expand their plantations.

“After about two years, we had everything in place. Later, we were able to convince the customs division to send a container straight to our yard, where they did the inspections and we could load the shipment.”

These measures helped Homefoods increase its exports from that first container to around 36 containers a year, all to the one client who managed to secure a substantial market share in Europe and different parts of the US. “Because we packaged it under their label, no one knew it was coming from West Africa,” adds Felicia.

For about 13 years, Homefoods was on this single track, and it looked like it was destined for continued growth and success. Then the certification agencies in Ghana insisted the company identify the country of origin on the bottle.

“We lost some of our market,” says Felicia. She ascribes it to a perception of the quality of products from Africa at the time. Although, in the end, it opened up new opportunities.

At that stage, the company had only one client. On her regular travels to the UK client’s offices, she visited other possible buyers. Finally, around 2008, a second UK company showed interest. Ironically, it was one of the companies that had ignored Felicia’s original fax correspondence.

Getting a third and fourth client proved easier now that the country of origin, and Homefoods’ name, had to be included on the oil label. It led to various queries from new buyers. “The internet is powerful, and some of the new customers could do their research and check on our consistency of quality. They could see our integrity in supply.”

About a decade ago, things were changing in the Ghanaian retail space. “When we started, the local market did not care how you packaged the palm oil – they were merely interested in getting the best price. They would even go to the local market and buy it in a polythene bag,” says Felicia.

But large retailers like Shoprite began opening stores in the country.

“At the same time, the middle class was growing. That is when I realised it was time for us to focus locally.” She recalls having to convince Shoprite to have a shelf in-store that gave pride of place to local goods. “Then came Game, Spar and Melcom. Today, our biggest local buyer is Melcom.”

Diversification into other product lines

Along with the move to sell more in the domestic market came the opportunity to diversify the range. Customers who were buying the palm oil asked Homefoods about spices and seasonings. The company heeded the call and steadily added to its line-up.

On its website, it groups the various products into five different categories: the ethnic range, e.g. red palm oil, vegetable oil and gari; seasonings such as fish seasoning and waakye seasoning; sauces like shito; and processed root grains such as banku mix. The site also lists ready-to-eat meals such as jollof rice, fava soup and peanut soup – a line that will commence full commercial production once the company’s new factory is up and running with all new equipment installed.

Felicia is excited about the prospects for these value-added products. In June 2022, she is due to sign a contract with Griffiths Foods, an international distributor of food products. “We have already entered into a partnership and exported some small consignments. There is definitely opportunity there.”

She also believes Homefoods’ ready-to-eat meals have a lot of growth potential because of the diaspora who long for food from home. “When I travel for work it is disappointing not being able to find good Ghanaian or West African cuisine,” she says. “These meals will solve that problem.”

Consumer trends such as healthier eating and the need for convenience give Felicia hope this product line will perform well.

Red edible palm oil is a very nutritious cooking oil which has been used by West Africans for years. It is known for the high contents of Vitamin E with more distinctive anti-oxidant benefits for our health.

Palm oil has been our flag ship product for export since 1995 especially for the West Africans in the diaspora as a niche product.

A visit from our Netherlands Customers

A visit from our Netherlands Customers (Asia Express) to our Accra Office.

On 30th January, 2017, Homefoods Processing & Cannery Limited was recognized as part of The Global Trade Leaders ́ Club at The International Food & Beverage Quality Awards, which was held in Madrid, Spain. The CEO of Homefoods, Ms Felicia Twumasi received the award on behalf of the company. The award scheme was created to distinguish and stimulate companies belonging to the Food and Beverage sector worldwide.